Divorce. What are my rights? 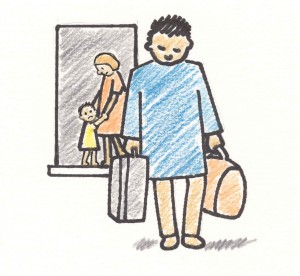 Sometimes my marriage may end in divorce. Divorce by mutual consent is much faster and easier for both sides. Otherwise, the only option left is to go for a divorce claim.

Civil marriage can be terminated by mutual consent of the spouses by a final judgment of the court. To be issued, it must meet two conditions:

1. I and my husband / wife have to file a petition for divorce, signed by both of us, to the District Court. This expresses our mutual agreement to end the marriage. The court does not seek evidence of whether the marriage is irretrievably distressed or reasons which lead us to reach this decision. Consent must be confirmed personally in court. If one of the spouses without good reason fails to appear at the hearing, the divorce proceedings will be terminated!

2. The proceedings require me to enter into an agreement with my wife/ husband, which will determine the consequences of the divorce. It can refer to marriage settlement contracted before or during the marriage, if these issues were settled in advance. The agreement aims to voluntarily settle the dispute in our separation for the sake of our children. The law requires the agreement to resolve the following issues:

• Who will take custody and when the other parent can see the child / children;

• Support money for the children;

• Who will use the family home;

• Will I owe my former husband / wife alimony and if so, in what amount;

• After the termination of the marriage will we change our surnames.

The agreement may be in written form or be stated orally at the hearing, which is reflected in the report. Property issues can be settled as well (to repeal donations, to transfer ownership of movable property and real estate, to make partition). The court shall collect a fee. The provisions set out in the agreement may be amended by the court at the request of either of the parents, if the circumstances on the situation of the children have considerably changed. The law gives me the opportunity to sign a further agreement, which has to be approved by the court, if later I and my former husband / wife agree to change the domicile of the child / children.

The court decision that permits the divorce cannot be appealed!

I have the right to initiate the process of ending the marriage, if I think it misses understanding and normal marital relations. The actions should include matrimonial action, filed to the court, which must show clear evidence that the marriage is irreparable. Unlike divorce by mutual consent, the grounds for termination of the marriage must be proven. It is important to point out all the facts which led to this state of irreparable marriage (infidelity, violence, legal separation).

Along with this application I can ask the court to rule on the guilt of the condition of marriage. Guilt is important for:

• The costs of the case – the one who’s guilty must pay them. If the court finds that there’s no guilt or it belongs to both of us, our expenses remain as we made them.

• The right to alimony. It should be paid by the guilty spouse.

• Granting the family home. At the discretion of the court, after taking into account the interests of children, guilt, health and other circumstances.

• Parental rights. At the discretion of the court, after taking into account the interests of children, guilt, health and other circumstances.

It is important to know:

• In the first hearing spouses must appear in person. If I’ve filed an action for divorce and do not appear personally before the court, the case will be terminated!

• Each spouse may ask the court to designate interim measures for alimony, use of the family home, child care and the support money during the litigation.

• Parties may request the court to give them time to resolve their problems voluntarily. If within six months we don’t submit a request to reopen the proceedings, the case is terminated.

• The wife may ask to stop the proceedings if she’s pregnant or has a child under age of 12 months.

• Anytime during the trial I can agree with my wife / husband to settle the dispute between us by forming a divorce by mutual consent.

• In its decision, the court determines the surnames, which the spouses will have in the future.

Translated and edited by:

I am about to get married. What are my rights?

Sometimes my marriage may end in divorce. Divorce by mutual consent is much faster and easier for both sides. Otherwise, the only option left is to go for a divorce claim.

Civil marriage can be terminated by mutual consent of the spouses by a final judgment of the court. To be issued, it must meet two conditions: